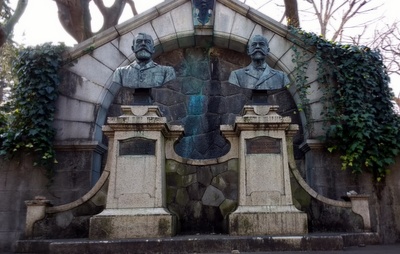 Edwin von Baelz was a German physician who taught and practiced medicine at the Tokyo School of Medicine in the early Meiji period. He is considered a prominent figure in the modern history of the introduction of Western modes of internal medicine in Japan.

Born in Bietigheim-Bissingen, von Baelz first attended medical school at Tubingen University, but ultimately earned his degree from Leipzig University, reportedly graduating with top marks. He began working as a physician at Leipzig Hospital, and there met Sagara Motosada, the first Japanese to study medicine in Leipzig; as a result of this contact, von Baelz was invited in 1876 to join the faculty of the Tokyo School of Medicine (later, the School of Medicine at Tokyo Imperial University). He then remained at the school for over twenty years, both teaching and practicing medicine in Tokyo, until 1902. He researched a number of medical conditions, and was the first in the world to discover the lung fluke parasite, the chief cause of paragonimiasis.

After leaving his position at the university, he became a court physician in service to the Imperial government, but left that position several years later, in 1905, to return to Germany. He died in 1913 of an aortic aneurysm. His diary of his time in Japan remains a notable source for historians.