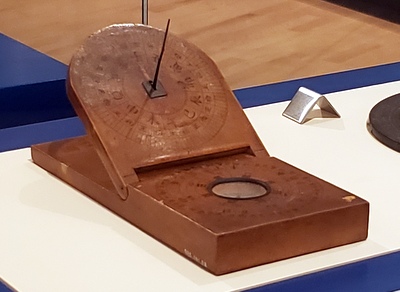 The needled compass was an ancient Chinese invention, originally used for determining the ideal locations and orientations of homes and tombs, in accordance with feng shui. It probably first came into use during the Han dynasty.[1] It began being used by Guangzhou-based sailors in the ninth or tenth century[2] to aid in maritime navigation, and cartography. By the 13th century, the compass had come to be used widely by Arab, Indian, and other ship crews operating in the Indian Ocean, and the device was beginning to be introduced into the Mediterranean.