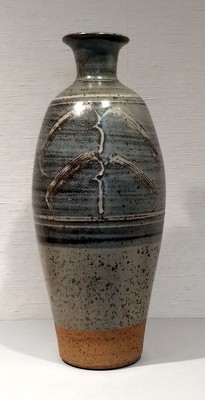 Bernard Leach was a British potter associated with the Japanese mingei (folk crafts) movement. He is known in particular for his role in bringing certain Song dynasty and Japanese ceramics styles to attention and interest in the West.

Leach developed a friendship with Japanese potter Hamada Shôji, who then spent time with Leach in Cornwall, England.[1]