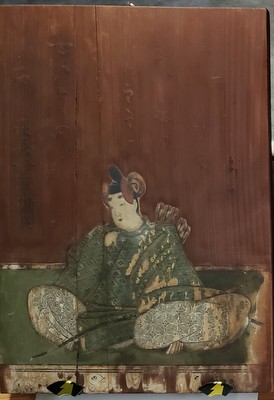 A portrait of Narihira as part of a full set of portraits of the Sanjûrokkasen long held by the Tenmangû Shrine in Moriyama, Shiga prefecture

Though not explicitly named, Narihira is generally believed to be the chief protagonist in the Tales of Ise.