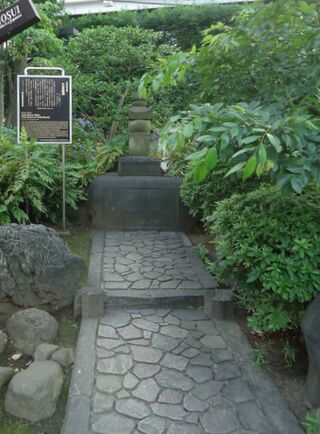 Toda Mosui was a prominent tanka poet and literary critic of the Genroku period.

The sixth son of Watanabe Kenmotsu Tadashi, a Tokugawa retainer based at Sunpu castle, he took on the name Toda when adopted by his uncle, Toda Masatsugu, following his father's death. Toda would later take on a variety of other names, including his birth name Hyô, adult names Yasumitsu and Moemon, and art-names Mosui and Rokanken.

Mosui served the lord of Okazaki han for a time, and later took the tonsure and became a Buddhist priest, living in the area near Sensô-ji in the Asakusa neighborhood of Edo.