From SamuraiWiki
Revision as of 01:05, 28 May 2015 by LordAmeth (talk | contribs) (Created page with "[[File:Prince-shotoku.jpg|right|thumb|320px|A 14th century sculpture of Prince Shôtoku, on display at the Santa Barbara Museum of Art, along with a ''[[hyakumanto darani|hyak...")
(diff) ← Older revision | Latest revision (diff) | Newer revision → (diff)
Jump to navigationJump to search 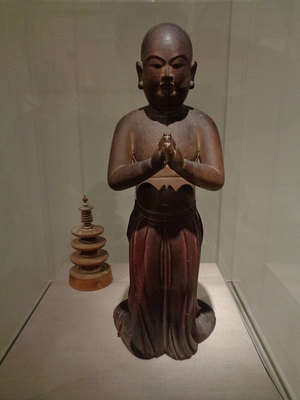