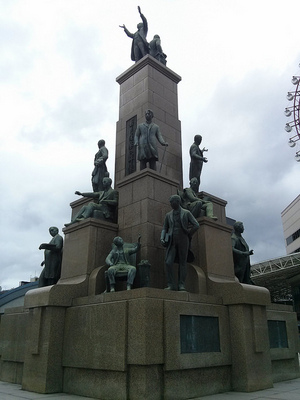 The students, aided by the Scotsman Thomas Glover, claimed to be merely traveling to the Koshiki Islands just off the coast of Kyushu, when they departed from Hashima (an area in Kushikino city, on the Kyushu mainland). In fact, they left Japan entirely, arriving in Singapore twenty days later; 46 days after that, they arrived in London. All adopted new names while overseas, but most are known today by their "real" names.