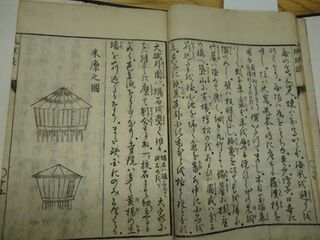 Ryûkyû-banashi[1] by Morishima Chûryô, a volume describing the history and culture of the Ryûkyû Kingdom, was among the most accurate and popularly accessible books about Ryûkyû published in early modern Japan. It was republished four times, became a source for nearly all later Edo period books on the subject, and has been described as the most popular book about Ryûkyû in the period.[2]

Numerous copies survive today in libraries and archives in Japan and overseas; the text and images are also available in modern publication, in Morishima Chûryô shû ("Collection [of Works by] Morishima Chûryô").[4]