Difference between revisions of "Owari-ya" 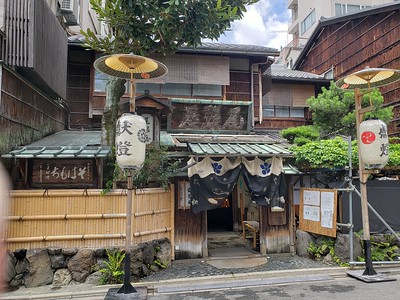 The Owari-ya in Kyoto, established in 1465, is one of the oldest soba shops in the country still in operation. As was quite common among pre-modern establishments in Japan, the Owari-ya is named after the home region of its founders; the founders of the shop came originally from Owari province. The shop began as a confectionery, but soon afterwards became a soba shop. It catered not only to the townsfolk, but also to aristocrats, temples, and other high-profile patrons. In the Edo period, the Owari-ya became an official purveyor to the Imperial family.

The main branch is located on Kurumaya-dôri. There are also two locations on Shijô-dôri (including one inside the Takashimaya department store) and one on Tominokôji-dôri.