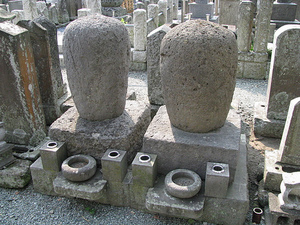 Masamune was the apprentice or student of Shintôgo Kunimitsu, and is said to have been adopted by Yukimitsu, another of Kunimitsu's students.

Early on, Masamune mimicked the distinctive tempering pattern of Kunimitsu's blades, a style known as Sôshûmono after Sagami province (Sôshû) where they were made, and perfected or completed that style.

Most of Masamune's blades bear no inscription. Only four tantô by Masamune are extant which feature markings. These are known as "Fudô Masamune," "Daikoku Masamune," "Kyôgoku Masamune," and Honsô Masamune.