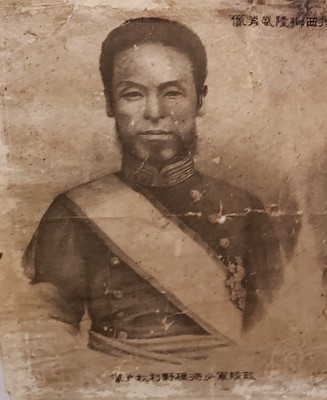 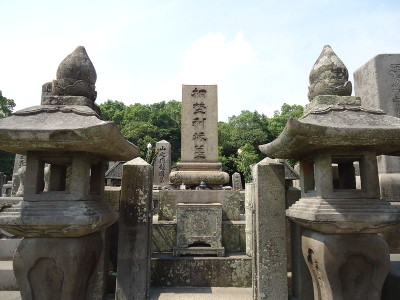 Grave of Kirino Toshiaki at the Nanshû Cemetery in Kagoshima

Kirino Toshiaki was a prominent Satsuma han general known for his involvement in both events surrounding the Meiji Restoration, and the Satsuma Rebellion of 1877.

Kirino played an active role in the sonnô jôi movement as a shishi, and fought for Satsuma domain in the Boshin War.

Following the Restoration, he was one of a number of figures, alongside Saigô Takamori, Ôyama Tsunayoshi, and others, who received shôtenroku stipends from the Meiji government as a reward for their involvement in bringing about the Restoration.[1] He was granted the rank of Major General (shôshô) in the Imperial Japanese Army in 1871, but resigned from the military two years later and returned to Kagoshima.

He fought in the Satsuma Rebellion as commander-in-chief (sôshikikan) of the Satsuma forces, and was killed in the battle of Iwasakidani on Sept 24, 1877, just outside the grounds of Kagoshima castle.

Kirino is buried at the Nanshû Cemetery in Kagoshima.