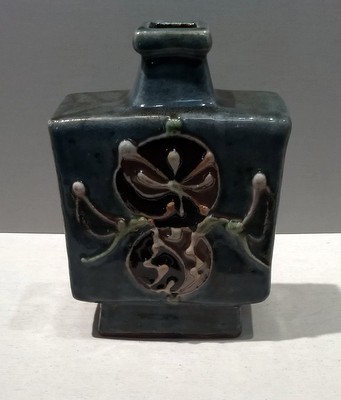 Kawai Kanjirô was a notable ceramics artist of the 20th century and prominent member of the mingei (folk crafts) movement.

Kanjirô traveled with fellow mingei artist Hamada Shôji in Korea in 1936-1937 collecting pieces for the collection of the newly-established Japan Folk Crafts Museum.[1] The two then traveled for several weeks in 1938-1939 with Yanagi Sôetsu and others in Okinawa for similar purposes.[2]