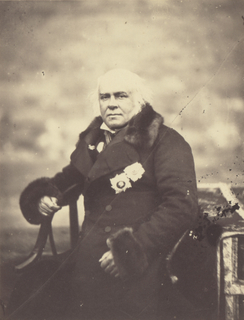 Having served as the chief British representative in the signing of the Treaty of Tientsin with China a month earlier (July, or 1858/5 on the Japanese calendar), Elgin came to Japan seeking similar terms. He arrived before Yevfimy Vasilyevich Putyatin, but his meetings with the rôjû were delayed, and in the end, the Anglo-Japanese Treaty was signed on August 26 (7/18), a week after the Dutch- and Russo-Japanese Treaties of Amity and Commerce were completed. Elgin presented the Japanese with a steam-powered pleasure ship, called the Emperor (and later renamed Banryû), as a gift from Queen Victoria, but was generally not too warmly received. After discussions with Townsend Harris, Elgin opted to abandon the pursuit of a treaty similar to that of Tientsin, and instead agreed to a set of terms closely similar to those Harris had agreed to in the Treaty of Amity and Commerce between the United States and Japan earlier that year.