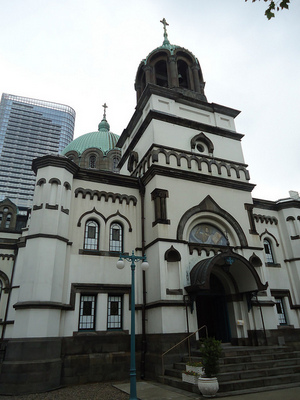 The Holy Resurrection Cathedral, in the Yushima neighborhood of Tokyo, also known as the Nikolai-dô, is the head cathedral of the Orthodox Church in Japan. It is also the largest Byzantine-style building in the country.

The cathedral was founded by Michael A. Shchurupov, a professor of the Russian Engineering College; the architecture and construction was overseen by the Englishman Josiah Conder. The cathedral was built over the course of seven years, beginning in March 1884 and being completed in February 1891.

The cathedral was named an Important Cultural Property in 1962.