Difference between revisions of "Asai Nagamasa" 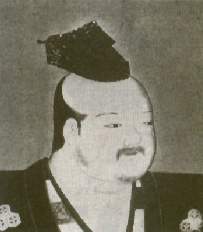 Nagamasa was born at Odani Castle and was the son of Asai Hisamasa (1524-1573), the 2nd daimyô of the Asai family. According to the Azai Sandai-ki, Hisamasa, unlike his father Sukemasa (1495-1546) was a less then capable leader and lost a number of castles to the Asai's erstwhile overlords, the Rokkaku. When Fûto fell in 1560, Hisamasa was on the verge of submitting to the Rokkaku. When Nagamasa came of age, he was given the name Yoshimasa, the 'Yoshi-' coming from Rokkaku Yoshikata. He was sent to marry a girl from the Rokkaku clan but balked at the arrangement and returned to Odani. By this time, the Asai retainers had decided to remove Hisamasa and compelled him to step down in favor of Nagamasa. Hisamasa acquiesced to the elevation of his 15 year-old son and afterwards lived quietly in Odani.

He quickly proved himself a capable leader despite his young age and recaptured Fûto Castle in 1561 and soundly defeated a Rokkaku army at the Battle of Norada. After this success, his retainers are said to have commented that the young Nagamasa was his grandfather reincarnated. Perhaps to mark the occasion, he changed his name to Nagamasa, by which he is best known. He next attacked into Mino and clashed with the Saitô. The Rokkaku took advantage of Nagamasa's preoccupation to lay siege to his Sawayama Castle in Ômi, which he saved by promptly dispatching Isono Kazumasa with a relief force. Following a territorial dispute with Oda Nobunaga over Mino province, an alliance was arranged between the two warlords and sealed with the marriage of Nobunaga's sister Oichi (formerly Shibata Katsuie's wife) to Nagamasa (1564).

In 1570 Nobunaga, now master of Kyoto, made war against the Asakura of Echizen. Though related to Oda by marriage, Nagamasa was bound by a much longer standing pact of friendship with the Asakura. He consulted his retainer band and almost all of his most important followers advised going to the Asakura's aid. Among the few dissenters was Endo Naotsune, a capable soldier who had earlier opposed allying with Nobunaga and was destined to die in the upcoming battle at Anegawa. Nagamasa declared war on Nobunaga and threatened the Oda army from the rear even as it drove into the Asakura lands. Nobunaga, assisted by Tokugawa Ieyasu, was able to withdraw more or less without serious loss, but bore Nagamasa a bitter grudge afterwards. Nobunaga and Ieyasu took an army to reduce Odani in the summer of 1570, prompting Asakura Yoshikage to send an army to Nagamasa's aid. The Asai and Asakura lost the resulting Battle of Anegawa (July 1570), a contest in which the Asai lost Endo Naotsune and hundreds of soldiers. Nagamasa and his Asakura allies replied later that same year with a victory near Otsu that cost Nobunaga a younger brother.

Nagamasa found himself part of a loose anti-Oda confederation that included the unlikely alliance of Asai, Asakura, Rokkaku, and Enryakuji monks, possibly in cooperation with the shôgun Ashikaga Yoshiaki. Further attempts by Nobunaga to bring down Odani in 1571 and 1572 were either thwarted by the appearance of the Asakura army or crises elsewhere. Unfortunately, the death of Nobunaga's most formidable enemy, Takeda Shingen, meant that the full attentions of the Oda could be leveled on Ômi and Echizen. In 1573, Nobunaga laid siege to Sawayama Castle, which was held by Isono Kazumasa. Kazumasa managed to hold out for months but in the end was compelled to surrender. Nagamasa responded by putting Kazumasa's elderly mother, a hostage at Odani, to death. Nobunaga turned against Odani once again, drawing out the Asakura army, which was ambushed and routed before it could reach Nagamasa. Now isolated and seeing the end had come, Nagamasa returned O-ichi and his three daughters to Nobunaga, and committed seppuku. Nagamasa's son and only hier, Manpukumaru, was not allowed to live, and was put to the sword Nobunaga.

The Asai's army was considered an effective force and, in fact, at Anegawa, it came very close to defeating Nobunaga's larger force. The Asai relied on the support of their retainer clans, which included the Isono, Atsuji, Shinjo, Akao, Amemori, and Imai, and in total could muster some 10,000 men for battle. These troops were equipped with a somewhat higher number of rifles then one might find in a clan of the Asai's means since, during the 1560's, they and the Asakura collaborated on a gun-making workshop at Kunimoto (Ômi).

One of Asai's daughters would eventually become Toyotomi Hideyoshi's mistress (the famous Yodo-gimi) and would produce the unfortunate Toyotomi Hideyori, with whom she would die at Osaka Castle (1615). Another, Oeyo, married Tokugawa Hidetada and was the mother of the 3rd Tokugawa shogun, Iemitsu, while the third, Ohatsu, married Kyôgoku Takatsugu.