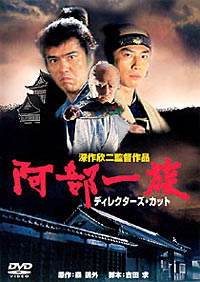 A Choice between Loyalty or Duty of the Samurai! Can the heartlessness of society crush the honor of an individual? In the spring of the 18th year of Kanei (1642), Hosokawa Tadatoshi, feudal lord of the Higo area, died. Although Tadatoshi forbade his vassals to follow him in death before he died, they still committed seppuku one after the other. The new feudal lord, Mitsunao, Tadatoshi’s son, also gave the order forbidding seppuku. Abe Yaichiemon obeyed his former lord’s last wish but is now being called a coward by his comrades and finally decided to follow Tadatoshi in death in order to save his family’s honor. Mitsunao, upset by Yaichiemon actions, punished the Abe family unfairly. Objected to this, the Abe family shut themselves up in their manor as the lords troops moved in… This is the true story of what happened within the Hosokawa clan in early Edo era. A masterpiece by director Kinji Fukasaku that boldly depicts the struggle between humanity and the code of the Samurai.