Difference between revisions of "Vasily Golovnin" 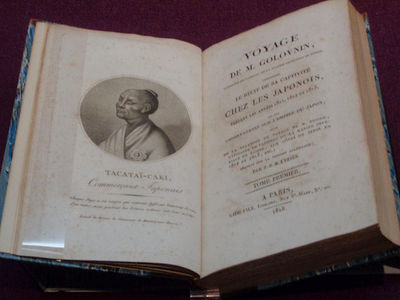 Vasily Golovnin was a Russian naval captain and explorer who was captured and imprisoned in Japan for two years, from 1811 to 1813.

Golvnin captained a mission in 1811 to conduct geographical surveys of the islands around Kunashiri and Iturup, and was captured there by samurai forces, along with seven other members of his party. While imprisoned in Matsumae han, Golovnin spoke with Mamiya Rinzô and other Japanese scholars and explorers, teaching them Russian language, and information about Europe, and learning about Japan in return.

After his release in 1813, Golovnin compiled an account of his time in Japan, published in 1818 in Paris as Captivity in Japan. His vice-captain, Petr Rikord, wrote a volume entitled "Navigation in Japanese coastal waters and negotiations with the Japanese government" as a supplement to Golovnin's account.