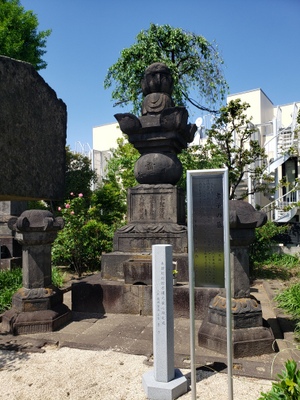 Takatsukasa Takako was the wife of Shogun Tokugawa Iemitsu.

A daughter of Kanpaku Takatsukasa Nobufusa, she traveled from Kyoto to Edo in 1623 to take up residence in the Nishi-no-maru Palace at Edo castle. She was formally married to Iemitsu two years later.

She died in 1674 and is buried at Denzû-in in the Koishikawa neighborhood of Tokyo.