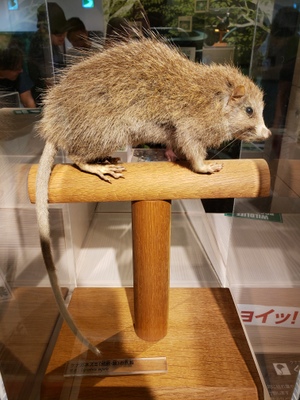 The Ryukyu long-tailed giant rat is a species of rat native to the Ryukyu Islands. The largest rat species in Japan, it is found only in the forests of Yanbaru (northern Okinawa Island), Amami Ôshima, and Tokunoshima. It is known as kenaga nezumi (lit. "long-haired rat") in Japanese, and as yama aaji in the local Okinawan dialect of Yanbaru.

Individuals typically have a body roughly 20-30cm in length, with a tail extending an additional 25-35 cm long. About 1/3 of the tail is typically white, differentiating it from many other rat species.