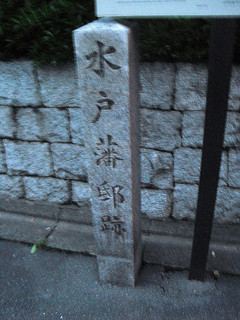 Ruled by one of the Three Tokugawa Gosanke branch families, Mito domain was one of the more prominent domains in Edo period Japan. The lord of Mito domain was one of the jôfu lords, being stationed in Edo regularly rather than engaging in alternate attendance (sankin kôtai). The domain's primary mansions in Edo were located at Komagome and at Koishikawa; the site of the latter is today Koishikawa Kôrakuen Gardens.[1]