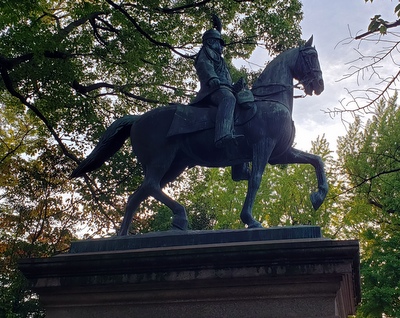 Imperial Prince Arisugawa Taruhito was a prominent member of the imperial family in the 19th century.

He was, at one time, prior to 1860, engaged to marry Kazu-no-miya (a daughter of Emperor Ninkô; for political reasons she was then married to Shogun Tokugawa Iemochi as part of efforts to bring the imperial court and the Tokugawa shogunate closer together.

In 1868, in the lead-up to the surrender of Edo castle, Taruhito met at some point with Imperial Prince Kitashirakawa Yoshihisa, who requested that he support calls for Shogun Tokugawa Yoshinobu to issue orders halting impending attacks on Edo.[1]

In 1881, during the visit to Japan of King Kalakaua of the Kingdom of Hawai'i, the king bestowed the Order of Kalakaua upon Taruhito, among others.[2]